On December 27th during a special board meeting, Warsaw School Board hired Matt Tilus as our new 6th-12th band director starting January 3rd. Mr. Tilus comes to Warsaw with 6+ years of experience teaching music. He is coming to us from Falls Church, Virginia where he was teaching elementary band. Before he was in Falls Church, Mr. Tilus was the 6th-12th band director at Dewey, Oklahoma for 4 years. Dewey is a very similar size school district as Warsaw.

Mr. Tilus is a native Missourian as a 2014 graduate of Branson High School. He obtained his Bachelor of Music Education from Oral Roberts University where he met his wife Tracy, a native Kansan who is also in education. Mr. Tilus is a dedicated music educator and is excited to join the Warsaw School R-IX District family.

We are excited and blessed to have Mr. Matt Tilus join our Wildcat Family! 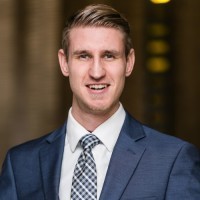